Our team is experienced in finding best suited office space in west Delhi for tenants and know the area in and out. So finding the right office to rent in west Delhi should be a breeze for you. Below you will find a quick snap shot of what and how various locations of west Delhi offer from commercial office space perspective.

West Delhi is perhaps the second best location when one is looking out for commercial space in Delhi after South and central Delhi. Most of the areas of west Delhi are now well connected to all parts of Delhi via road network and various metro lines.  West Delhi offers a good mix of commercial, residential, industrial spaces and now increasingly being sought after by businesses for office space in west Delhi.  Demographically, from a commercial real estate point of view, west Delhi’s periphery starts after Rajendra Place district center and covers entire stretch on Najafgarh road till Dwarka on one side and Moti Nagar to the other.  Some of the most well known commercial hubs of west Delhi are Moti Nagar, Rajouri Garden, Janakpuri, Dwarka, Naraina and Punjabi Bagh. While areas such as Moti Nagar, Naraina and Jankpuri were developed as commercial and industrial hubs as early as 1970’s other locations such as Dwarka which have huge expanses of open urban land are being now developed and have huge potential for filling up the void of good quality commercial space crunch in Delhi.

Most of the commercial areas in west Delhi were primarily developed as industrial hubs by DDA initially however as Delhi expanded most the polluting industries were moved the farther areas like Narela and Bawana. All these industrial hubs now mostly house non polluting industries/businesses.  Areas like Rajouri Garden, Dwarka, Punjabi Bagh are retail space highlights of west Delhi which even to this date are among top 10 retail destination in India and top 5 in Delhi.  West Delhi also has a vast expanse of institutional area near Janakpuri which spreads across 400 acres to cater to medical, educational, research and development activities.

What to look out for?

West Delhi paints the picture of a place that has everything that someone wants. Right from the finest restaurants to the big shopping malls and the hospitals with world class amenities, this place has got everything. It has been told that, right from the beginning, West Delhi has been on a constant improvement phase and has been developing a lot in terms of the infrastructure that it provides to the people who reside there.

West Delhi is a mix of well established residential spaces along with the commercial places. This is the place to have a really good time and is completely filled with many entertainment centers, shopping malls, multiplexes, street markets and hotels. Apart from the entertainment, there are also several prominent schools, colleges and administrative centers in West Delhi. Transportation around the city is not a tedious task since the transportation center around the place is quite easy with the two metro systems, that is the Blue and the Green metro lines that is plying across the city.

Places to go about

It can be seen that, compared to other parts of Delhi, in here there is quite a lot of Punjabi families living in and around the city. Here are few things that stand out in West Delhi:

In the West Delhi, some important hospitals and emergency centres having the best infrastructure and medical treatments are present like,

Though West Delhi may seem to be a small part of New Delhi, there are many places to visit in it. Some of the popular places that are most visited by people are,

Most strategic and popular areas

One of the three sub zones of West Delhi, Punjabi Bagh has the metro station that falls under the Green Line metro system. Previously called as the Refugees colony, the name was later changed to Punjabi Bagh in the year 1960. Since the 90s, the place has seen a huge development and till date houses several traders, businessmen and industrialists. A very posh area in terms of the huge bungalows that are seen here, this place has several elite cafes and restaurants in the city. Rather than a commercial setup, this place is quite popular for the residential spaces. This is further divided as East and West by the Ring Road.

A popular hub for the small scale industries, Mayapuri in West Delhi has recently seen the increase of the heavy metal industry in its locality after getting the sanction from the Government. The place is mostly filled with residential spaces that have been doing the rounds for a long time now. Apart from this, there are several automobile service stations and light metal factories in this region. This is very close to the Connaught place and the New Delhi Railway station. For entertainment, there are three popular malls in the city.

This falls under the Punjabi Bagh sub zone of West Delhi. Mostly the people in the upper middle class are found in this part of the city. This place has seen a vast development since the 1980s and there are several apartment complexes that have been built both by the private construction firms and the Government firms. Apart from this, the Pachim Vihar has a well equipped sports complex that can be used for various types of sports. There is a cricket ground, basket ball court and a swimming pool in this premise. The people in this place are mostly the Hindu Jats and the Yadavs. The nearby villages have some little Muslim population living in them.

This upper middle class residential neighbourhood of West Delhi comes under the Patel Nagar sub zone. This is very near to the Shankar Garden, a posh and high class residential neighbourhood. The planning for this area began in 1980 and the boom in the population was seen around the late 1990s. Urbanization of the place has brought about several multiplexes like PVR the city and also many eateries like McDonald’s and Dominos.

In its entirety, west Delhi has a range of office buildings, which attract all kind of businesses from IT startups to media companies, advertising firms, financial services, government departments, professionals like CA’s, lawyers, advertising firms, educational institutions etc. Rentals for Office Space in west Delhi start as low as 50/sq ft and can be around 140/sq ft for exceptionally good premises.

EVEN BETTER, TELL US ABOUT YOUR SPECIFIC NEEDS AND WE WILL SEND YOU SHORT LISTED OPTIONS 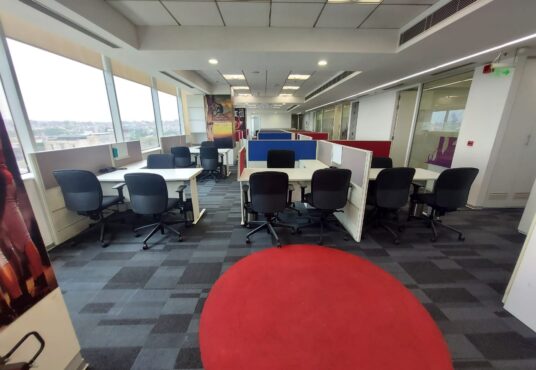 Plug and Play Office for Rent in Moti Nagar, Delhi

Neatly furnished office in Moti Nagar DLF tower is available for rent on immediate basis. It is a 5200 sq ft ready to occupy office which has recently been vacated by a very reputed organization available in pristine condition with 30-35 work stations, 1 meeting room and 6 cabins along with other office peripherals. Designed […] 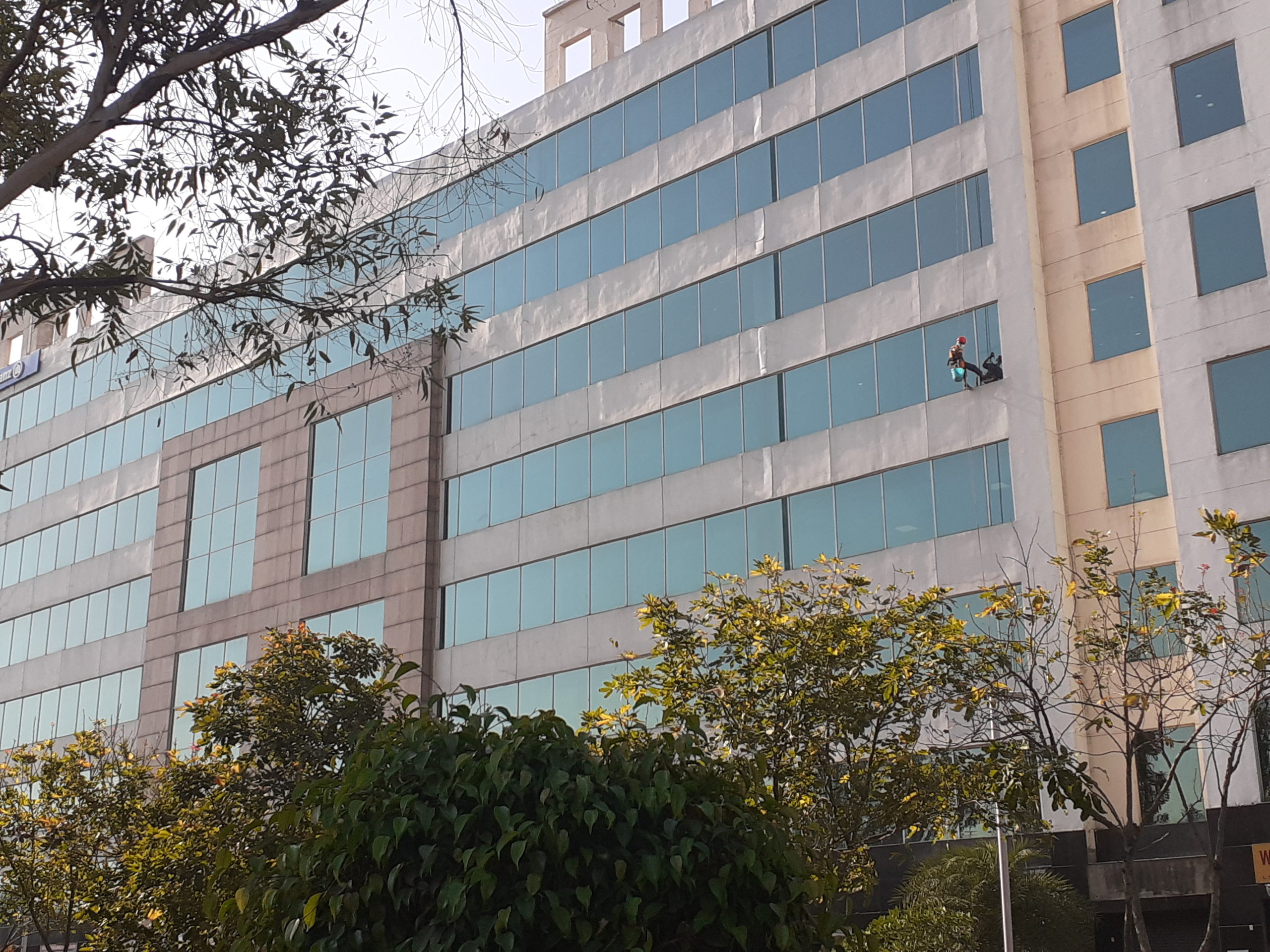 A pre rented office space admeasuring 5100 sq ft is available for outright purchase in the popular DLF commercial tower on Shivaji Marg, Moti Nagar. Entire space is a total of 2 contiguous units of 2500 and 2600 sq ft . Based on current rent and asking price, one can look at an ROI of […] 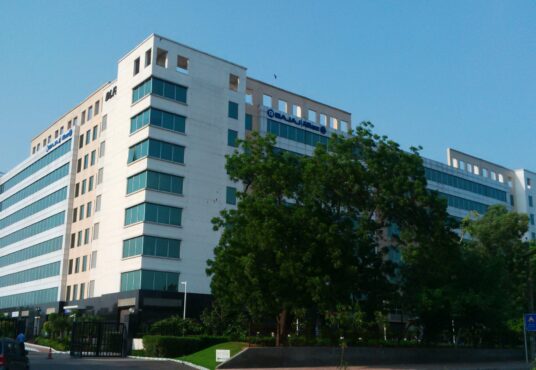 A pre rented office space admeasuring 8900 sq ft is available for outright purchase in the popular DLF commercial tower on Shivaji Marg, Moti Nagar. Entire space is a total of six contiguous units of various sizes between 1200 sq ft  to 1800 sq ft. Based on current rent and asking price, one can look […] 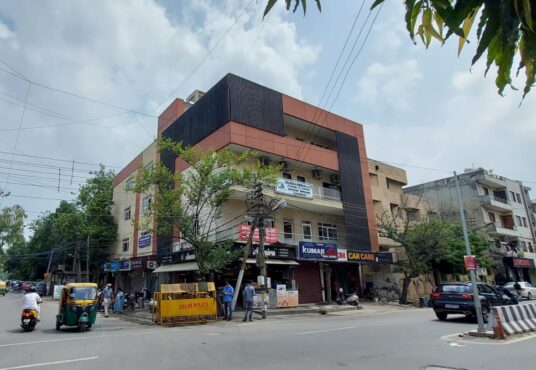 Excellent 3800 sqft commercial space available for rent in Model Town-I in a newly constructed building on main road at a distance of 300 metres from metro line. The corner property is 3 side open with multiple natural light inlets allowing generous amounts of light to step inside and fill vibrancy in an otherwise dull […] 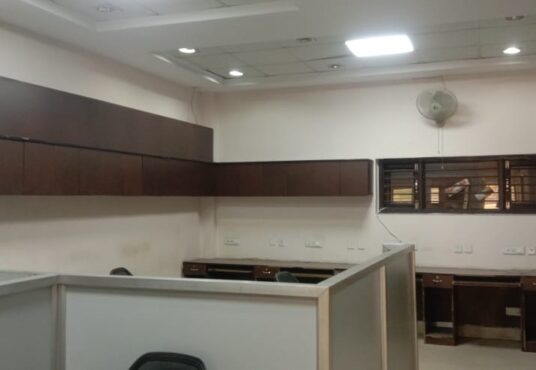 4500 sqft office space available for rent in Shivaji Place commercial complex, Rajouri Garden. The area is spread over 3 floors of a building built over a 400 sqyrd plot having 1500 sqft area on each floor. The office is in semi furnished condition, some areas are very well done and ready to use but […] 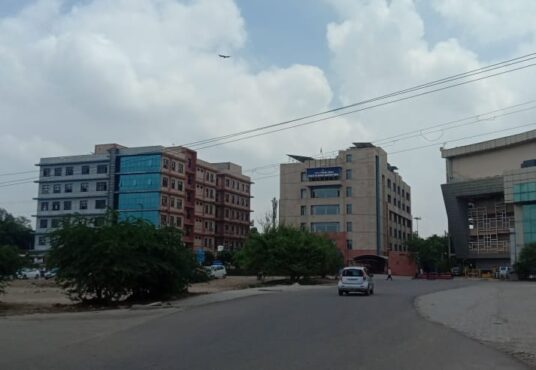 A freehold plot admeasuring 400 sqyd is available for outright purchase at Shivaji Place district center. This 2 side open prime plot is an old construction with 5000 sq ft built up across, basement, ground and first floor, can be produce great ROI after redevelopment.  No restriction from ASI, freehold and as prime as it […] 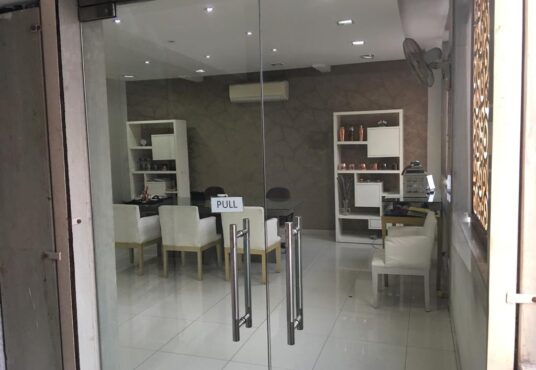 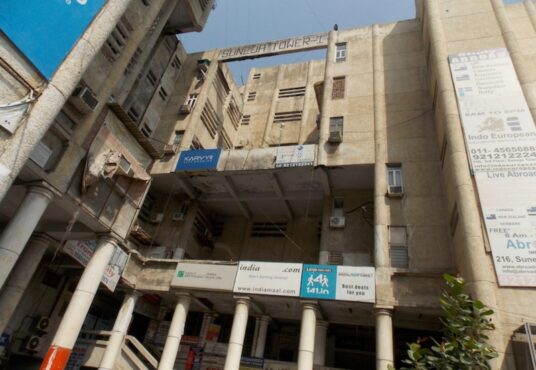 2500 sq ft super area furnished office space is available for lease in Suneja tower at Janakpuri District Centre. Ready to move-in, was previously being used as a call center for sale and support of an aviation company. Fitted with 110 plug n play work stations, small reception, 2 cabins, pantry and washrooms for ladies […] 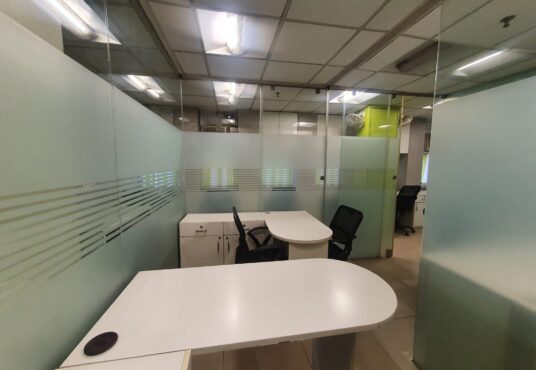 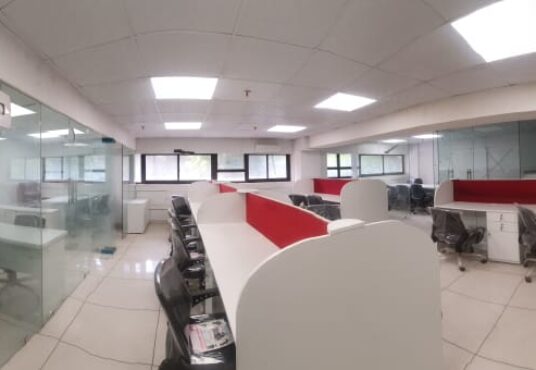