Our team is experienced in finding best suited office space in south Delhi for tenants and know the area in and out. So finding the right office to rent in south Delhi should be a breeze for you. Below you will find a quick snap shot of what and how various locations of south Delhi offer from commercial office space perspective.

According to data, South Delhi is by far the most searched location for office space in Delhi and arguably so, since its the most developed and preferred destination of all for Delhi residents and businesses alike. It is not only one of the very first areas that was developed soon after independence by the state of Delhi but also historically,  even during the medieval times when Mughals ruled India, 4 out of the 11 cites, namely, Siri, Pithora, Mehrauli, Tughlaqabad, thrived in the area which is today known as South Delhi.  Demographically, its periphery touches the Yamuna River to its east, satellite town Gurgaon to the south, Dwarka in the west and parts of district of New Delhi to its north. Some of the most affluent neighborhoods of South Delhi such as Vasant Vihar, Hauz Khas, Green Park, South Ext, Lajpat Nagar were developed by DDA as early as 1960’s. Most of the areas were primarily developed as residential hubs with small local shopping complexes (LSC) to meet day today needs of residents and working class however soon the small LSC’s in markets like South Ex and GK become the most happening retail destination points of Delhi. Areas like South Ext, Khan Market, GK are even to this date among top 10 retail destination in India and top 5 in Delhi. DDA also developed four of the most busy commercial districts in South Delhi around the same time in early 70’s namely, Bhikaji Cama Place, Nehru Place, Okhla and Green Park, another two Jasola and Saket came about in early 2000. Another significant area for commercial activities in south Delhi is in its densely populated urban villages like Munirka, Katwaria Sarai, Ber Sarai, Yusuf Sarai, Adhchini, Kalu Sarai, Begampur, hauz khas village, Hauz Rani,  Mohammadpur,, Govindpuri, Khirki, Chhattarpur Gaon, Badarpur, Mandi, Aaya Nagar, shahpujat, Sai dul ajab etc. Most of these urban villages have extended Lal Dora areas and each one of these have over time morphed into a unique destination point for certain kind of commercial activity, for example, many boutique fashion stores can be found at Shahpur Jat village, similarly, Hauz Khas village has developed into a paradise for entrepreneurs into food and art.  South Delhi also has notable institutional areas such as Qutub Institutional area, Vasant Kunj, Lodhi Estates, Siri Institutional area to cater to medical, educational, research and development activities.

The prices for office space in South Delhi can differ significantly with every few kilometer simply because of the huge inventory and its vast expanse. For purchasing a commercial property one can expect as low as 10000/sq ft to as high as 750000/sq ft in case of some premium high street retail areas. The difference in prices can be linked to various factors including location, neighborhood, quality and age of the construction, proximity to main roads, parks, markets, malls and connectivity via metro, road network etc.  Rentals for retail/office space in south Delhi hover anywhere between 30/sq ft to as high as 1200/sq ft. On average a decent building with good connectivity and amenities would demand an average rent between Rs 120-180/sq ft on (carpet area) in South Delhi. Same goes for coworking options in South Delhi, being a big area covering various localities. the range offered is fairly big.  A wide range of spaces are offered for all budgets. Professionally run coworking spaces per seat could range between Rs 6000/month a seat to as high as Rs 40,000. Cabins would range between Rs 20,000 to 1.5 Lakh/month

Locale and neighborhoods: Neighborhoods in South Delhi are fairly secure except for handful of petty thefts, almost all areas here are gated and most have security guard posted all day and night. With over 20% green cover throughout, most of the roads are distinctively wide and flanked by thick foliage of trees like Alastonia, Peepal, Banyan etc.  It has several spacious green namely, green parks, wildlife sanctuary, biodiversity parks and green belts. Deer Park near Hauz Khas village and Asola Wild life sanctuary towards Faridabad and Gurgaon in South. The area also has some of the best road infrastructure for easy transport in entire Delhi, some of the most traveled and busy streets are Africa Avenue, Khel Gaon road, Bhishm Pitamah Road, Aurobindo Marg, Press enclave road, Purvi Marg, Nelson mendela road. South district is also considered to be the most affluent of all residential areas in entire Delhi for its proximity to Lutyens banglow zone and the diplomatic area of Chankyapuri, Most expats also like to stay in south Delhi for its overall good infrastructure and green cover. Most premium residential real estate of course falls in the LBZ area, however other neighbor hoods like Vasant Vihar, Greater Kailash, Alakhnanda, Hauz Khas, Defense colony, Gulmohar, Sufderjung enclave, New friends colony and Panchsheel residential areas also command extremely high value to this date.

In case your company is looking to lease/rent office space in South Delhi or just doing some looking around to see if you can save some money by moving out to a cheaper and better location, feel free to write to us at adminATofficespaceindelhi.com or just send us a message via email or whats app!

Most strategic and popular areas

Green Park is predominantly a residential hub with plotted development in gated communities providing home of some of the most elite.....
Find more

By far the most premium office space complex developed in Delhi. The Aerocity is a 62 acre commercial development on DIAL ( Airport Authority ) ......
Find More

Not many know that this nice office complex was first called the Kalkaji Complex, since it was developed near the site of old Kalkaji Mandir. Emergence started in early 1960 prior to other .....
Find More

East Delhi, developed on the banks of river Yamuna, embraces borders of UP starting from Ghaziabad to Gautam Budh Nag
Find More

Defence Colony is a very popular choice for people looking to set an office space in Delhi at a prestigious location with excellent connectivity. Its ....
Find More

One of the most prominent posh localities in South Delhi, for any Delhiite Greater Kailash , GK ( as it is popularly known ) has always been more famous ...
Find More

Even better, click here to tell us about your specific needs & we will send you just what you need!

Fully furnished 1400 sqft office right next to Green Park metro station in Yusuf Sarai Commercial complex available for lease.  The office comes with 12 workstations, 2 cabins, 1 conference room with seating capacity of 10 people, a reception and washrooms for both males and females. Building has operational lift and 24 hour security, the building […] 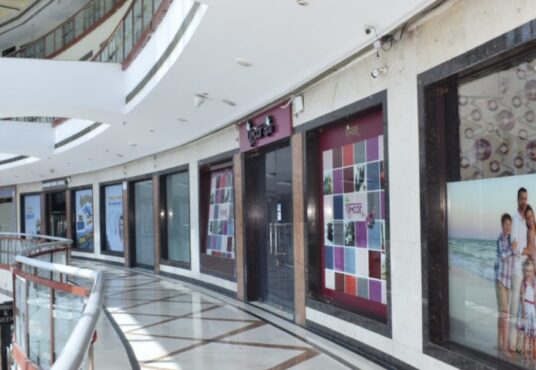 Available for lease 4600 sqft area on the ground floor of a main ring road facing property in Defence Colony. The newly constructed building looks absolutely stunning because of its unique design- mixing a glass façade with high quality stone work and a balcony on the ground floor ( UG). The offered unit is the […] 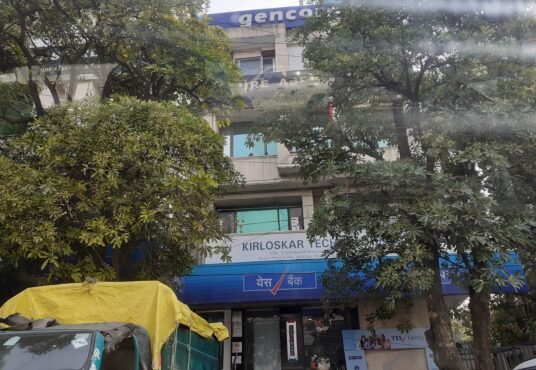 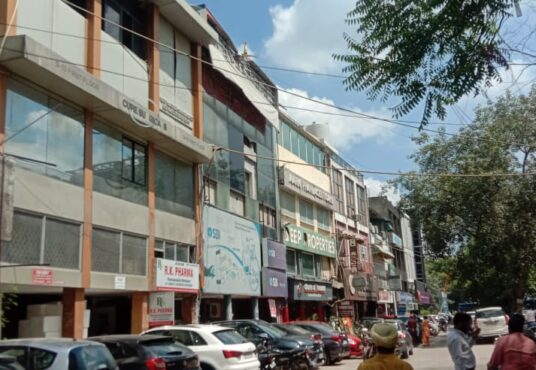 An independent building with 6000 sqft area spread over 4 floors available for rent in R Block LSC Green Park Extension. This is an old built up office as of now but the owner will remove the current set up and offer it as bare shell unit or with brand interiors as per the requirement […] 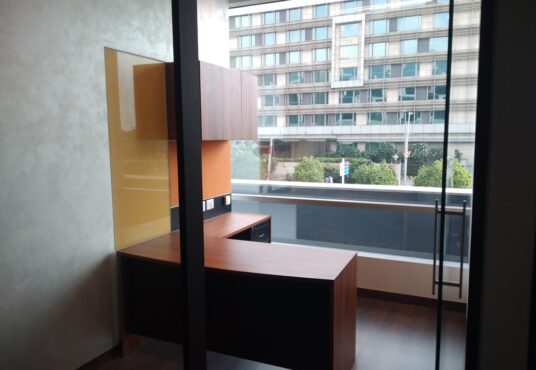 A high efficiency (approx. 72%)  trendy and modern, brand new build out office space in glass and wood work offices, conference room, reception area, wet pantry and open area is available for lease in the prestigious Aerocity area of Delhi. The views and natural light from this space are great. Excellent option for any corporate […] 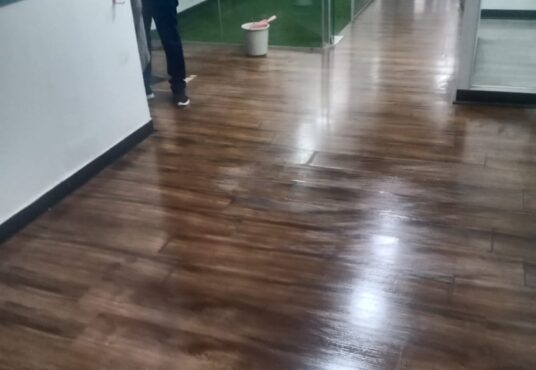 A warm shell office space floors of 1100 sq ft is available for lease at the strategically located IIT market in Hauz Khas, south Delhi on 1st floor level. Offices has been renovated with fresh tiling, ceiling and electrical work, loose furniture is all that is need to make it a fully functional office. Space […] 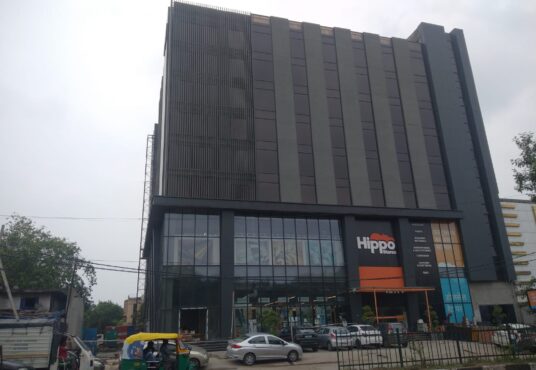 A landmark building of south west Delhi, undoubtedly the  best structure in entire Mayapuri- Naraina industrial area, this building with glass facade on all four sides offering an area of 1.25 Lk sqft on rent spread over 5 floors with 25,000 sqft area on each floor is a must to consider for any company looking […]

A freehold plot admeasuring 553 sqyd is available for outright purchase on the main Aurobindo road. This road facing plot can be a cash cow for investors after redevelopment. No restriction from ASI, freehold and as prime as it can get in south Delhi. Current FAR stands at 275% and almost complete areas is constructed […]

Why talk to us about your office Space in south Delhi?

Tell Us about your Office Space needs in south Delhi!

We are a real estate brokerage firm that has been helping businesses find office space thorough out Delhi and NCR locations since 2005 and have gained significant local knowledge and experience over the years.

There are tons of real estate websites and coworking companies offering office spaces on the internet however,  unlike most of them, who only work for their own space or on certain kind of office spaces for a few sets of landlords, we work with all landlords in entire Delhi and other stake holders like coworking operators, institutions, etc at equal footing. So, we can offer you unbiased advice on all kinds of office spaces, be it a fixed long-term office lease option, or a 3-month flexible coworking space.

Although south Delhi office space market has always been commanding high prices due to its strategic location, it has myriads of options for all budgets and tastes. We have 100s of options listed on our websites and several other in our offline database to find you the right office space for rent in South Delhi for your business.

Again, with us, what you will get is an uncluttered and independent free advice on office space for rent in South Delhi.  Get an expert to call you today, and see whats available for your specific office space needs!