Udyog Vihar was one of the first developed areas in Gurgaon for office space purpose. The Haryana State Industrial and Infrastructure Development Corporation developed Udyog Vihar to promote industrial activity in the state under no profit no loss scheme. Entire Udyog Vihar area is spread across approximately 600 Acres, its first phase was divided across 5 sectors/phases namely, Udyog Vihar phase 1, Phase 2 and so on. Another phase was added later on near Hero Honda chowk which is known Udyog Vihar Phase 6. Even though all kind of offices operate out of Udyog vihar today however, it was primarily developed only for non polluting Industry, IT/ITES organizations. The first 5 phases of Udyog vihar are located right off the NH8 to your left as soon as you cross toll plaza while coming towards Gurgaon from Delhi. The other side of NH 8 is Cyber City which is also housing many international and national IT/ITES companies. Typical plot size in Udyog Vihar varies anywhere between 1000 sq mt to a sprawling 5 Acres. FAR varies from 125 to 250. Udyog vihar is the preferred destination of domestic call centers, export houses, manufacturing companies, trading companies, processing houses, companies engaged in software development. Today there are thousands of small, medium as well as large enterprises operating out of here, some of the renowned one are Deloitte, Airtel, Toyota, Indiabulls, Motorola, Polaris, TCS, Ranbaxy Honda, Ford, HCL, Accenture, Nokia, Jabong, Thomas Cooke, IBM etc. Office Space in Udyog Vihar are available from as low as 1000 sq ft to as high as 500000 sq ft in single building.

Low Points
Parking can be bit of challenge at certain locations due to congestion and high building density overtime.
Water logging around Monsoon at certain internal areas.

4 found.
Sort By: Area Price For Lease For Sale 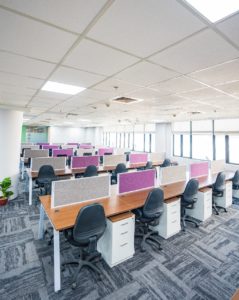 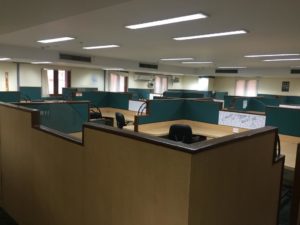 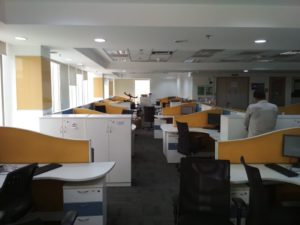 4 found.
Sort By: Area Price For Lease For Sale