West Delhi is perhaps the second best location when one is looking out for commercial space in Delhi after South and central Delhi. Most of the areas of west Delhi are now well connected to all parts of Delhi via road network and various metro lines.  West Delhi offers a good mix of commercial, residential, industrial spaces and now increasingly being sought after by businesses for office space in west Delhi. .  Demographically, from a commercial real estate point of view, west Delhi’s periphery starts after Rajendra Place district center and covers entire stretch on Najafgarh road till Dwarka on one side and Moti Nagar to the other.  Some of the most well known commercial hubs of west Delhi are Moti Nagar, Rajouri Garden, Janakpuri, Dwarka, Naraina and Punjabi Bagh. While areas such as Moti Nagar, Naraina and Jankpuri were developed as commercial and industrial hubs as early as 1970’s other locations such as Dwarka which have huge expanses of open urban land are being now developed and have huge potential for filling up the void of good quality commercial space crunch in Delhi.   Most of the commercial areas in west Delhi were primarily developed as industrial hubs by DDA initially however as Delhi expanded most the polluting industries were moved the farther areas like Narela and Bawana. All these industrial hubs now mostly house non polluting industries/businesses.  Areas like Rajouri Garden, Dwarka, Punjabi Bagh are retail space highlights of west Delhi which even to this date are among top 10 retail destination in India and top 5 in Delhi.  West Delhi also has a vast expanse of institutional area near Janakpuri which spreads across 400 acres to cater to medical, educational, research and development activities.

What to look out for?

West Delhi paints the picture of a place that has everything that someone wants. Right from the finest restaurants to the big shopping malls and the hospitals with world class amenities, this place has got everything. It has been told that, right from the beginning, West Delhi has been on a constant improvement phase and has been developing a lot in terms of the infrastructure that it provides to the people who reside there.

West Delhi is a mix of well established residential spaces along with the commercial places. This is the place to have a really good time and is completely filled with many entertainment centers, shopping malls, multiplexes, street markets and hotels. Apart from the entertainment, there are also several prominent schools, colleges and administrative centers in West Delhi. Transportation around the city is not a tedious task since the transportation center around the place is quite easy with the two metro systems, that is the Blue and the Green metro lines that is plying across the city.

Places to go about

It can be seen that, compared to other parts of Delhi, in here there is quite a lot of Punjabi families living in and around the city. Here are few things that stand out in West Delhi:

In the West Delhi, some important hospitals and emergency centres having the best infrastructure and medical treatments are present like,

Though West Delhi may seem to be a small part of New Delhi, there are many places to visit in it. Some of the popular places that are most visited by people are,

Moti Nagar is a metro station that is present on the Blue line of the metro lines in Delhi. This is one important and busy metro station that is situated close to the JhuleLal Mandir. This is very close to Punjabi Bagh and the Ring Road and has the Moti Nagar Market. Apart from the single metro station, it also has several metro stations in there. The place is very diverse in terms of religion and has several hospitals, commercial buildings and general stores. Here are there, there are few big and small restaurants with multiplexes dotting the city.

The Rajouri garden is an upscale and posh residential neighbourhood in West Delhi. In here, the Nehru Market and the Main market are the two important market places. People in this region are mostly Punjabis and this was because, after the Partition of India from Pakistan in 1947, many people moved to this part of the Delhi. Being a posh neighbourhood, it has several western style shopping malls. Some of them include, Shoppers Stop, Paragon Mall, City Square and Pacific Mall.

This Rajouri Garden is one of the 70 constituencies in the Delhi legislative assembly. The name of this place is shared with a name of the district “Rajouri” in Jammu and Kashmir. The Rajouri garden Metro station here falls under the Blue Line. The place has the youth factor more than the others and filled with many leisure cafes and clubs along with many family restaurants and spas.

One of the three sub zones of West Delhi, Punjabi Bagh has the metro station that falls under the Green Line metro system. Previously called as the Refugees colony, the name was later changed to Punjabi Bagh in the year 1960. Since the 90s, the place has seen a huge development and till date houses several traders, businessmen and industrialists. A very posh area in terms of the huge bungalows that are seen here, this place has several elite cafes and restaurants in the city. Rather than a commercial setup, this place is quite popular for the residential spaces. This is further divided as East and West by the Ring Road.

A popular hub for the small scale industries, Mayapuri in West Delhi has recently seen the increase of the heavy metal industry in its locality after getting the sanction from the Government. The place is mostly filled with residential spaces that have been doing the rounds for a long time now. Apart from this, there are several automobile service stations and light metal factories in this region. This is very close to the Connaught place and the New Delhi Railway station. For entertainment, there are three popular malls in the city.

This falls under the Punjabi Bagh sub zone of West Delhi. Mostly the people in the upper middle class are found in this part of the city. This place has seen a vast development since the 1980s and there are several apartment complexes that have been built both by the private construction firms and the Government firms. Apart from this, the Pachim Vihar has a well equipped sports complex that can be used for various types of sports. There is a cricket ground, basket ball court and a swimming pool in this premise. The people in this place are mostly the Hindu Jats and the Yadavs. The nearby villages have some little Muslim population living in them.

As the name indicates, this is one important commercial space in the West Delhi region. There are several fully functioning and busy Metro Stations that fill the place. Very few residential spaces are available here and apart from this, living quarters are available for the people who are working in the industries in this region. This is close to the Ramesh Nagar Metro station and the New Delhi Railway station. Apart from the majority of the industrial areas, there are few rural areas around the city.

The industries in the region mostly major in the heavy steel and the electronics production. This lies adjacent to the Ring Road and the Rajouri Garden.

Planned on the same guidelines of the Vasant Vihar, Janakpuri is a very posh neighbourhood in West Delhi. This place has several well maintained parks and called as the greenest place in all of Delhi. This has several commercial and Government administrative buildings. The development for this place began in the year 1970.

This upper middle class residential neighbourhood of West Delhi comes under the Patel Nagar sub zone. This is very near to the Shankar Garden, a posh and high class residential neighbourhood. The planning for this area began in 1980 and the boom in the population was seen around the late 1990s. Urbanization of the place has brought about several multiplexes like PVR the city and also many eateries like McDonald’s and Dominos.

In its entirety, west Delhi has a range of office buildings, which attract all kind of businesses from IT startups to media companies, advertising firms, financial services, government departments, professionals like CA’s, lawyers, advertising firms, educational institutions etc. Rentals for Office Space in west Delhi start as low as 50/sq ft and can be around 140/sq ft for exceptionally good premises.

5 found.
Sort By: Price Area For Lease For Sale 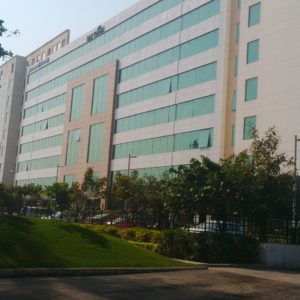 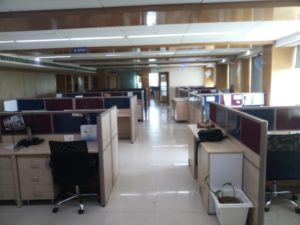 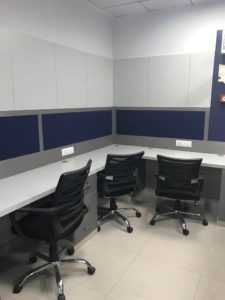